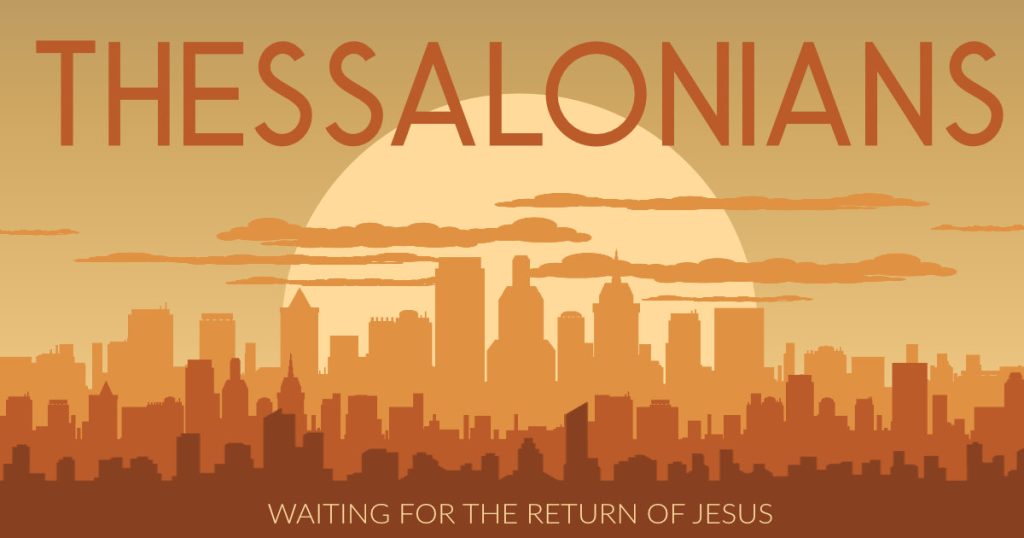 Through most of this letter, Paul consoles and encourages the Thessalonians. In the beginning of this chapter, Paul is encouraging them to grow in holiness. Paul has no bone to pick with them; but rather, he knows the trials they will have to endure and wants them to be prepared… lest they lose their faith. He mentions things from the Ten Commandments and the proper way of living justly toward one another and with others. Their example in such matters is foundational. In the same way, we today must have the basics of faith in the Ten Commandments memorized and lived. Without the adherence of such basics, growth in holiness is not possible.

Yet, how can we do that without getting the basics of the Ten Commandments right? Is living out this paragraph even possible? Only when a person has faith in Jesus and relies on Him for all the graces needed.

This brings us to a case in point dealing with death and suffering; the very reason for why Paul is writing encouraging them to holiness. They have concerns for those who have died in their faith. They were members of the community and dearly loved. Losing one person in a community is hard enough, but to have many die in the faith community— that is hard to accept.

Paul takes a little time to teach them about the second coming and the promise of eternal life (13-18). Paul gets detailed about the second coming. He states, “…God will bring forth with Him from the dead those also who have fallen asleep believing in Him” (v14). So when Jesus comes, He will raise from the dead, alongside those who will participate in eternal life. This repeats in verse sixteen as, “…the Lord Himself will come down from heaven at the word of command, at the sound of the archangel’s voice and God’s trumpet; and those who have died in Christ will rise.”

When Jesus comes again, He will come down in the physical sky. There will be a manifestation where many people will witness as Jesus comes down in the sky. This chapter does not clarify if it means all people, or merely the chosen selective. This verse also mentions that there will be a trumpet blast and/or the angel’s voice to accompany this reality. When God’s speaking is described to sound like that of a trumpet, we do not know if it will be both or if the angel will also sound like a trumpet. It is also not specific if it is just the heavens that will hear the voice or trumpet, or if it will be heard by humans. This chapter has nothing conclusive about those questions.

Some people ask, “But what about those who are still living?”  This chapter does say something about that. Verse seventeen says, “Then we the living, the survivors will be caught up with them in the clouds to meet the Lord in the air. Thenceforth we shall be with the Lord unceasingly.” By stating, “the survivors,” this insinuates the trials that are found in many other scriptural passages. We assume the trials are over by the time we meet the Lord “in the air,” so this applies to the very end of times, not before any time of peace that may have been prophesied. This says nothing about the survivors going through any death. The assumption here is that they would not die, but go on living.

In addition, assuming they do survive, purgatory may be during their suffering through the trials. Once they meet the Lord in the air, the survivors will also never again leave the presence of God. This is the destiny for those who remain in faith. It is consoling to know that God has made this promise for those who desire to be with our loving God.

*From the March 13th Bulletin